The power of Silence 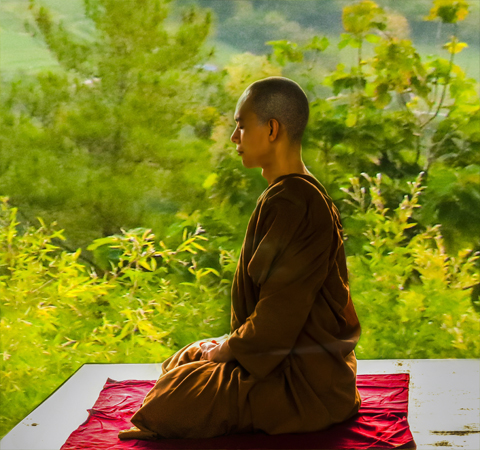 I never forget my first lesson of Yuan Qi Gong with Dr. Sun. For some time now, every morning I was in Di Tan Park to practice Qi Gong. Sometimes I practiced alone and for another period of time, I joined a group led by a teacher. Every morning I was able to be at a place where there was a treasure of information and knowledge about Qi Gong and I loved it. When I changed my internship to the Japanese Friendship Hospital, I recognized in my new supervisor the little man that led a small group every morning by the pond in the park. I never followed any of his lesson yet, but I decided to do so. I thought he was a strange guy, the first days we worked together, but after a couple of weeks I got to know him a little better. When I felt comfortable enough, I asked him if it was okay if I joined his class and follow some of his lessons. Of course I was welcome, he answered me.

The next morning I got up extra early. When I got to the park, the gates were still closed so I had to wait for a while. Although I hadn’t seen Dr. Sun in front of the gate, he was already waiting at the little field near the pond when I arrived there. When the rest of the group had arrived we started the lesson. Dr. Sun led the first exercises and we followed suit.

The first part went well and I hadn’t expected otherwise. After half an hour however, He started an exercise, I couldn’t figure out at all. We started this exercise with some kind of tree stance. The instructions Dr. Sun gave for this exercise were: ‘Move your Qi….., bring abundance back to the source…and fill your shortages.’ At first no one acted on these instructions. Everybody was just standing there. I thought I wasn’t the only one who didn’t have a clue what to do. After a while, though, the first guy raised his arms and started to move. Not long after that every person was in motion. Every one but me. I still didn’t understand. I looked around; Arms were raised or lowered in various directions. Steps were taken to the left, to the right and backwards. Everybody did something different and to me it looked like a total chaos. I decided just to watch it instead of doing something foolish. After a few minutes Dr. Sun came up to me. ‘ You understand the intention of what to do?’ He asked me. ‘I think I do,’ I said, ‘but I am not very good at this spontaneous Qi Gong thing. Because that’s what it is, right? Following the Qi that you feel?’ ‘Not quite.’ He answered. ‘Let me explain it to you. It is about working from silence. First, you find the centre of your energy. This is the spot where your energy is silent. From this silence, you can look at yourself. Then, you move your Qi, from silence. You bring back what is needed and you supplement where there is shortage. With minimal effort and only what is required. What is required is told by the silence. You think of course, you know already something about Qi Gong, but you haven’t experienced the silence yet. Try it over there’ He pointed to a remote spot under a tree. ‘Stand over there and go to your silence.’

I did what he asked me to do and stood there all morning, doing nothing, just standing. Even my breathing I had to keep so shallow and quiet that there was no noticeable movement of my torso or belly. I started out quite seriously, but not for long, my thoughts started to carry me away. Every time, I pulled myself back to my concentration and tried to retreat in silence again. When everybody had finished their exercises, Dr. Sun left me standing there for some time more, before he approached me and told me to end my exercise. I wanted to start a conversation: ‘Well, I did find it very hard to keep my concentration….’ Dr. Sun interrupted me by putting his hand on my shoulder. ‘I will see you in the clinic.’

A little bewildered he left me behind. That day I only worked the pharmacy and didn’t see dr. Sun anymore. I thought about the lesson of that morning as very weird. As the day progressed, more and more question marks about it came to mind. My sceptical nature arose. By the end of the working day I had decided for myself that this method was a little too vague for me. I wouldn’t follow any more classes with Dr. Sun in the park. End of story. With that thought I cycled home. In front of our building everybody was sitting in the autumn sun and I joined them. I told them about my experience and the decision I had therefore taken.

Then it happened. Wijaya, a student from Jakarta, came out running and threw a ball at me. ‘Catch.’ He shouted. And so I did, without any difficulty. I caught the ball above my head with two hands. For two weeks I had a severe stiffness in my right arm because I had fallen off my bike. I had learn to cope with it and had gotten used to it. Eventually, I knew, it would heal and return to normal. It just needed some time. But now all of a sudden it was gone. There was no stiffness and no pain anymore. I threw the ball back at Wijaya with my right arm and again; no problem. I must have looked a little over-happy to the others, but I couldn’t help myself. This really did made me happy. The next morning I got up early again and waited promptly for the park gate to open. When I saw Dr. Sun, I immediately told him about what happened. He looked neither elated nor surprised, but he did gave his response: ‘Only from silence you can see the movement around you. Only from silence, the smallest effort brings the biggest change. You have unconsciously observed and corrected your Qi. Now you have met with the power of silence.’ And that was it for him. I on the other hand was so excited about this new vision on Qi Gong that I told the story and the explanation constantly to everyone. I just couldn’t shut up about the power of silence.